C.V. Associates NY; PE LS P.C. was established in 1995 as a multi-disciplinary consulting firm providing a broad range of professional consulting engineering and management services to both public and private sectors.

Our highly qualified and broad-based professional staffs with good knowledge of innovative design procedures and present day construction practices are committed to achieving the highest level of professional expertise regardless of size or complexity.

The firm has earned an outstanding reputation for responsiveness and achieving remarkable success in meeting schedules, and providing quality services within budget. The firm’s experience and innovative ideas often help find cost-effective solutions to complex engineering problems, creating significant savings for its clients.

Quality work and the completion of project within the necessary time and budgetary constraints, without sacrificing safety and utility to the public.

C V Associates is dedicated to the professional practice of civil and structural engineering services for key infrastructure –bridges, buildings, highways and railroads. We are a dynamic organization operating in a competitive and challenging business environment. We perform our services in a cost-effective manner at a reasonable profit for the sustenance of the firm and its employees. We believe in working hard to produce effective solutions for our clients’ needs; solutions that are well presented and add value beyond what was envisioned or thought possible. 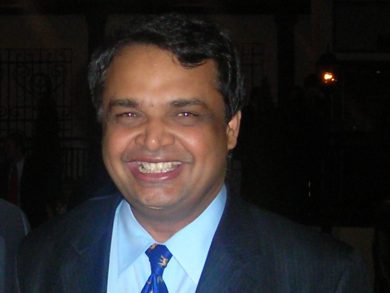 With the goal of pursuing a higher education, he went to Canada, and then to USA as a Ph.D.
student at Rutgers University in New Jersey. However, financial necessity forced him to
abandon his studies and take up a job. His first job was working in Manhattan for a 100-year-old
company called ‘Hardesty and Hanover’, specializing in Bridge Engineering, laid the path for
his interest in that field and his company today.

C. V. Shashikumar holds ‘Professional Engineer’ licenses in the states of New York, New
Jersey, Connecticut, Pennsylvania and Texas. He started C. V. Associates NY, PE, LS, PC., a
multi-disciplinary consulting firm located in Harriman, New York. It has grown from a staff of 2
licensed Engineers at the time of starting to around 70 Engineers, Surveyors and Technicians
today. Services provided include bridge design, highway design, surveying, construction
inspection, and maintenance inspection services, mainly for public agencies like the New York
State Dept. of Transportation, New York State Thruway Authority, Port Authority of New
York & New Jersey, New Jersey Dept. of Transportation, US Army Corp of Engineers etc.
and several other public agencies. It recently celebrated its 20th anniversary and has emerged
as one of the leading bridge maintenance inspection firms. C. V. Associates was awarded by
the American Society of Civil Engineers, the Tappan Zee Award for working on the Woodbury Toll Barrier Project as one of the large projects recognized in 2011 and the New New York Bridge in 2018.

In 2006, he was among those honored with the ‘2006 Outstanding Asian Americans in Business’
award eld in New York City.

He has been interviewed by CCTV in Haining, China; Sun TV in Bangalore, India; WABC,
WCBS, Minnesota Public Radio, TV 1 New York and others in USA on different topics such as
bridges, economic development zones etc.

C. V. Shashikumar is an avid traveler. He has traveled extensively in all seven continents
including Antarctica. One of his trips was to the geographic North Pole and he was among
approximately 10,000 people to have reached the North Pole.